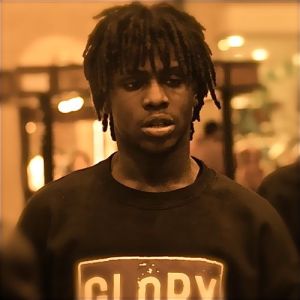 The ongoing gang violence in Chicago is very worrisome and now the whole world is watching the madness. For close to two years, the violence has been spoken upon in the lyrics from Kanye West, Lupe Fiasco, and many others. Chicago has a long, rich, hip hop history and the sunny side has been portrayed in videos by Common and others.

Clearly, it is not always sunny in Chicago and Chief Keef has shown this in his music videos, which glorify the madness. Supposedly a post-racial United States of America, the gang wars in Chicago feature a lot of Black vs. Latino violence. There is also plenty of Black vs. Black violence, but regardless of race, the fighting needs to stop.

Senseless are the lives taken away, some of which were featured in ABC Nightline’s documentary, with Diane Sawyer, from last night, “Hidden America: Inside Chicago’s Gang War.” During the documentary, Chief Keef was briefly shown. Earlier this year, his harsh lyrics caught the attention of the world and landed him a deal with Interscope Records.

Despite pleas from his grandmother, Chief Keef continued promoting the violence, firing off a gun during an interview, which would eventually land him back in jail for eighteen months. Before his arrest, Chief Keef landed himself in hot water for several Twitter posts, one disrespecting rival Lil Jojo, a rapper who was reportedly in a gang opposite of Keef’s, who died on the Chicago streets. There is plenty of blame to go around for the needless deaths, caused by the violence, but more than anything a solution is needed.

At times, the Chicago violence has been a hip hop topic, with some community leaders saying rappers need to step up. Other times, it is a political issue, as some feel President Obama, a hip hop fan and a former Senator from Chicago, should do something. While any and all help would be appreciated, the president has the weight of the world on his shoulders, as it is, and the people who are there could help. Chief Keef is headed to prison, at the age of seventeen, because of this nonsense, if he spoke, he could potentially sway some of the teen gang members.

During ABC’s documentary, one teenage boy said it is easier to buy a gun than a pack of gum on the Chicago streets. In addition to a more strict gun control law in Chicago, a message from a Chicago kid could help. Typically, when a rapper goes to prison, they speak out against gang violence and they advise the children to remain on the straight and narrow. However, a lot of those comments go in one ear and out of the other, but coming from Chief Keef, the reaction may be different, as he is currently the poster child of the Chicago youth in these areas.

Regardless of what Chief Keef said or did, he is being made as an example for those who act as he has. To avoid more children being caught up in this trap, Chief Keef could speak out. Despite his dwindling fan base, nationally, his rise was inspiring for the Chicago youth. However, his rise inspired more gang violence. Being a poster boy, of sorts, for this violence, if Chief Keef spoke out, he could save an innocent life. Instead of a gang member carelessly killing a grandmother by accident, he may put his guns down and choose to do positive things in the neighborhood.

In no way is Chief Keef responsible for everything happening in Chicago, as he is a product of his environment, but he does have a voice and he could turn things around. Previously, Chief Keef has used this voice to speak highly of the violence. But, watching the young boy who lost his grandmother, who was simply standing outside, was tear-jerking. For no reason, a child lost his grandmother and he is doing all he can to protect his mother, can someone help him and those like him protect their families?