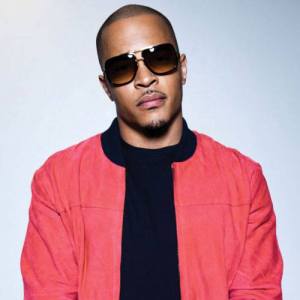 Chances are, T.I. will not reach the heights he did in 2008. Slowly, T.I. built a solid reputation as a lyricist and rap star. Years before, T.I. named himself the King of the South and began living up to the title. Forcing people to like him, T.I. released a new album every year.

In 2008, T.I.’s success was a bit unexpected, but it was bittersweet when he was sentenced to seven months in prison. Focused on turning his life around, T.I. began to become a positive force in the months leading to his prison sentence. Upon his return from prison, T.I. found it tough to reconnect with his fans.

Ultimately, T.I. hurt matters when he was arrested in Los Angeles for drug possession and sent back to prison. T.I. alienated many of his fans, he has worked terribly hard to get back, but he managed to win them over again. Now, T.I. faces a bigger challenge, as it is no longer 2008 and he has to compete in an entirely new market.

Along with re-establishing himself as a star, T.I. has shown he can be a shark in the office, adding Iggy Azalea, Trae Tha Truth, and Killer Mike to his Grand Hustle Records over the past few months. In addition to his new signees, all of which are buzzing, B.o.B. and Young Dro are enjoying success, as both have released mixtapes. During an interview, earlier this year, Iggy Azalea said T.I.’s Trouble Man album is delayed because he is looking for a breakout hit, which Charlamagne Tha God said may never come because the game has changed.

Over the past eleven years, T.I. has released countless hits, living up to his title “Jay-Z of the South.” There came a time in Jay-Z’s career when he decided to call it quits and focus on his business ventures. Clearly, T.I. will not post the same hits as he once did, as he is no longer the same person. Plus, with his growing reality television and acting career, along with being a famed author, T.I. is viewed as more of a personality. Given his history in the game, should the self-proclaimed “King of the South” silently end his career after Trouble Man?

Watch several T.I. videos from over the years below:

Watch “Rubberband Man” by T.I. below:

Watch “Bring ‘Em Out” by T.I. ft Swizz Beatz below:

Watch “Live Your Life” by T.I. ft. Rihanna below:

Watch “Dead and Gone” by T.I. ft. Justin Timberlake below:

Watch “Get Back Up” by T.I. ft. Chris Brown below:

Watch “Love This Life” by T.I. below: