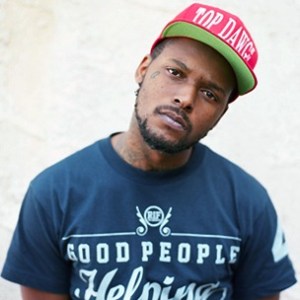 The spotlight currently belongs to Kendrick Lamar, as he helped the Top Dawg Ent. label land their joint venture with Interscope Records. With the crews now taking over the rap game, TDE is proving to be among the most popular. One of the standout members of the crew is ScHoolboy Q.

While Kendrick Lamar maintains the spotlight, ScHoolboy Q is rapidly building a fan base of his own. Currently, ScHoolboy Q is pushing his “Hands on the Wheel” single, which features A$AP Rocky. ScHoolboy Q has proven to be one of the more interesting rappers in the game, as his movement is very much so inspired by 50 Cent.

Mr. Peter Parker recently spoke to ScHoolboy Q, during his recent Washington, DC trip and he revealed he did not like Kendrick Lamar when he first met him. ScHoolboy Q would also speak on his relationship with A$AP Rocky and how “Hands on the Wheel” came together. In the conversation, ScHoolboy Q’s admiration of 50 Cent would also be discussed.