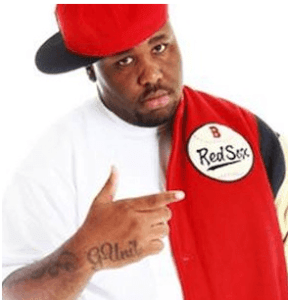 Philadelphia is another hip hop city returning to prominence. There has been a lot of artists gaining fame from the ‘City of Brotherly Love.’ Meek Mill, Tone Trump, and Mike Knox all have deals with many of the biggest labels in the game. On an independent scale, Trel Mack continues to make a big impact.

In Atlanta, Mike Knox rose to fame when he fought Gunplay, of Maybach Music. As a member of G-Unit, Mike Knox continued the 50 Cent/Rick Ross beef. Similar to Gunplay, Mike Knox is preparing an upcoming prison stint, seven years to be exact. Before he goes to prison, Knox will release his Me Against the World mixtape.

Recently, Mike Knox was in New York City and he caught up with The Source. During their conversation, Mike Knox would discuss his upcoming mixtape. Even with his prison stint looming, Mike Knox is focused on putting his mixtape out. Mike Knox is comparable to another Philadelphia rapper, Beanie Sigel.