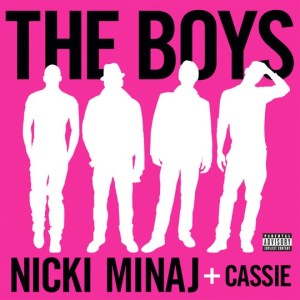 Ever since she rose to national fame in 2009, Nicki Minaj has managed to keep the attention of the hip hop world. While Nicki Minaj is often criticized for everything, she continues to keep the focus on herself. Two years ago, Nicki Minaj won male fans over with her sexy figure and her bi-sexual rhymes.

Two years ago, Usher featured Nicki Minaj on his “Lil’ Freak” single. On her provocative verse, Nicki Minaj rapped of how she would steal Cassie from Diddy. Earlier this year, Diddy and Cassie finally took their relationship public. Their confirmation came just in time for Nicki Minaj to finally collaborate with Cassie.

Watch “The Boys” by Nicki Minaj ft. Cassie below: