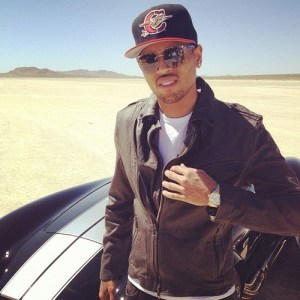 What many thought ended Chris Brown’s career only set him free from the family friendly image created for Brown. Once he was shown as a bad boy in the media, he began to reflect it in his music. Now considered an adult artist, Chris Brown began to show off his wide range of talents, including rapping.

Chris Brown would also perfect the long-attempted rap/sing style on Game’s “Celebration,” alongside Tyga, Lil Wayne, and Wiz Khalifa. Over the course of 2012, Chris Brown has continued his reinvention, becoming one of the biggest rappers in the game. On top of everything else, Chris Brown even jumped into rap beef.

Hip Hop Vibe is counting, in no specific order, the top five rap collaborations from Chris Brown in 2012.

Watch “Right by My Side” by Nicki Minaj ft. Chris Brown below:

Watch “Take It to The Head” by DJ Khaled ft. Chris Brown, Rick Ross, Nicki Minaj, and Lil Wayne below:

Watch “‘Til I Die” by Chris Brown ft. Big Sean and Wiz Khalifa below:

Watch “Put it Down” by Brandy ft. Chris Brown below:

Continue Reading
You may also like...
Related Topics:big sean, brandy, celebration, chris brown, dj khaled, game, hip hop vibe, lil wayne, nicki minaj, put it down, rick ross, right by my side, take it to the head, till i die, tyga, wiz khalifa