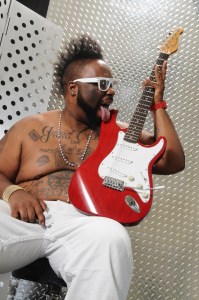 St. Louis hip hop is often overlooked and many consider the Midwestern city’s hip hop scene as a thing of the past. However, St. Louis has a rich history, of course producing the likes of Nelly and Chingy, but there are many more artists from the area keeping the hip hop scene alive. Yesterday, Hip Hop Vibe shed more light on the popular Kenny Knox, today Ruka Puff will be chronicled.

Ruka Puff, like many others, finds himself inspired to do music by those who came before him. Run-DMC and the legendary Michael Jackson are among the artists who inspired Ruka Puff. Before he truly began his career as a rapper, Ruka Puff overcame hardships in his life, including being homeless. After going through a devastating loss, Ruka Puff began his rap career.