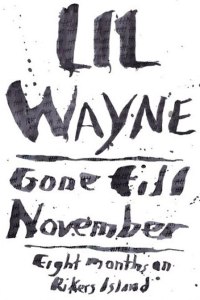 Lil Wayne would announce his Gone Till November book earlier this year. After much preparation, Lil Wayne has begun writing his memoirs.Gone Till November: Eight Months on Rikers Island details the time Wayne spent in prison. In New York City, after a video shoot with Ja Rule, Lil Wayne was arrested for possession of guns and drugs.

In 2009, Lil Wayne was sentenced to eight months in prison, which he began serving during the first quarter of 2010. Even while he was in prison, Lil Wayne remained in the spotlight, but he positioned Drake and Nicki Minaj to hold things down for him. The product of this was Lil Wayne coming from prison to join the hottest crew in the rap game, Young Money.