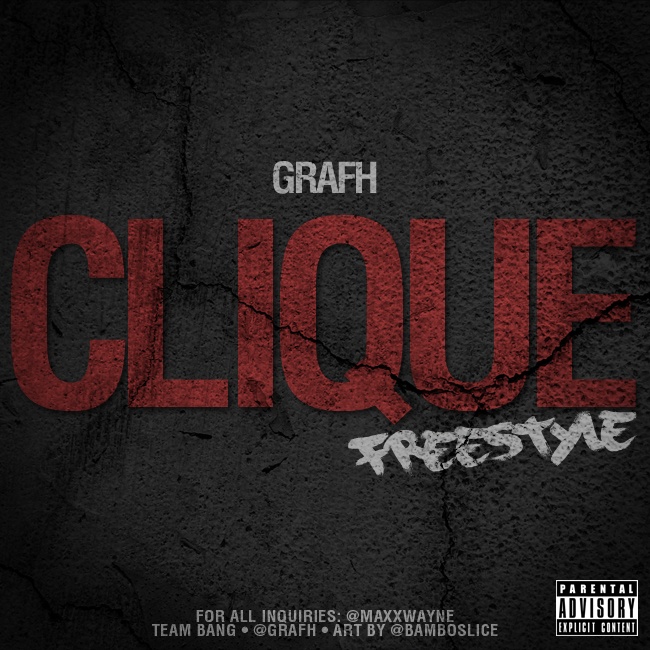 Released a little over a month ago, “Clique” has become the biggest song on the radio. Kanye West, Big Sean, and Jay-Z have yet another hit on their hands with “Clique.” Taken from Cruel Summer, the G.O.O.D. Music album, the song has been remixed by many of the biggest names in the game. The latest emcee to take on “Clique” is Grafh.

Listen to “Clique” by Grafh below: