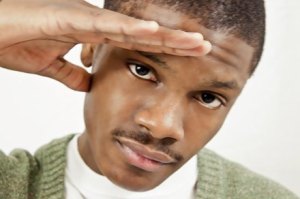 Battle rapping has suddenly re-emerged popular in the rap game. Philadelphia, while nicknamed the City of Brotherly Love, is a hotbed for battle rap. Two infamous battle rappers, Cassidy and Ness (of “Making the Band 2” fame), hail from Philadelphia. Last year, Dose battled the popular Math Hoffa, and their battle is considered a classic.

In the time since Dose battled Math Hoffa, the hip hop community has been caught in awe of the Murda Mook/Loaded Lux battle. Loaded Lux, the winner of the battle, has graduated from being a popular battle/mixtape rapper to being the favorite of many stars. Jay-Z and Lupe Fiasco have reached out to Loaded Lux, offering congratulations.

Dose recently stopped by Vlad TV, who has covered the Murda Mook/Loaded Lux battle play-by-play. During the interview, Dose would again talk about his battle with Math Hoffa. Confident in his skills, Dose said if they ever came head-to-head again, Dose said he will “destroy” his rival with his bars if, or when, they battle again.