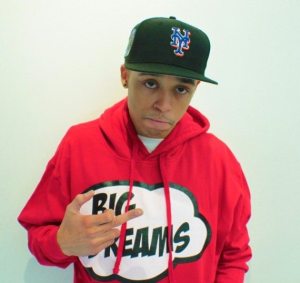 Two years ago, Cory Gunz signed with Young Money and was previously known as one of the biggest rising New York rappers. Last year, Cory Gunz caught a major break when Lil Wayne featured him on “6 Foot 7 Foot,” one of 2011’s first hits. The song took off and Cory Gunz was featured on the single.

Since “6 Foot 7 Foot,” however, Cory Gunz has returned to mixtapes, currently preparing for the release of That’s WTF I’m Talkin’ Bout. Cory Gunz began promoting the mixtape during the summer. Despite releasing a few songs off the project, for the most part, the mixtape has been overlooked.

DJ Skee recently spoke to Cory Gunz and he discussed his new mixtape. Cory Gunz would also discuss his latest collaboration with Lil Wayne. I Am Not a Human Being 2 is currently coming soon and Cory Gunz is featured on a song called “Terrorist.” The Bronx emcee warned about his mixtape, the album, and the song.