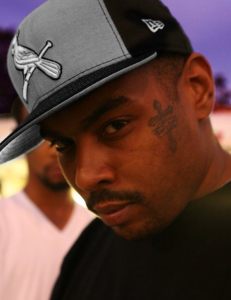 One of the many standout artists from St. Louis, who has been overlooked over the past few years, is Kenny Knox. While he is a veteran on the St. Louis hip hop scene, Kenny Knox may be a new face and name to those out of the Midwest. But, in the industry, Kenny Knox is well-known, as he has collaborated with big names, including Game.

Kenny Knox’ claim to fame is “Git Ghetto,” which has been featured on numerous mixtapes and even on the soundtrack for NBA Ballers. While the original version features Kane, on one of the remixes, a verse from Game is included. In the time since then, Kenny Knox has continued to release quality music and is widely regarded as a St. Louis hip hop legend.

Currently, Kenny Knox is working on his 3Pac mixtape, inspired by Tupac Shakur. Despite numerous accomplishments, Kenny Knox is not yet done and is still aiming for the top. Earlier this year, Kenny Knox was one of the many rap artists who publicly mourned the death of Trayvon Martin. When talking about St. Louis hip hop, Kenny Knox is definitely a name that should be mentioned.

Watch “A Tribute to Trayvon Martin” by Kenny Knox below: