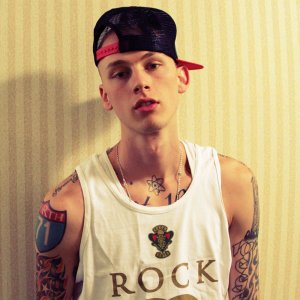 For the past year, all the world has heard from Machine Gun Kelly is “rage.” The word caused so much controversy, MGK ended up feuding with fellow Cleveland rapper, Kid Cudi, over the term. When he was not raging, Machine Gun Kelly was making noise with DMX or his other “wild” cohort, Waka Flocka Flame.

All in all, Machine Gun Kelly has overcome a lot to get where he is at. The current focal point of Bad Boy Records, the Cleveland emcee dealt with much loss in his childhood. Perhaps the biggest loss was his mother. While still alive, she walked out on both Machine Gun Kelly and his father.

Machine Gun Kelly continues to climb higher in the game and all of this remains in his mind. With the Lace Up album now a week old, Machine Gun Kelly is showing off different sides of his style. His “See My Tears” song is a standout and the video, which is a compilation of his time on the road, is also memorable.

Watch “See My Tears” by Machine Gun Kelly below: