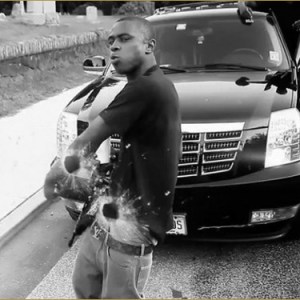 Though he has been making music for some time, Knocka caught the attention of a wide audience when he released “Keeping it Real.” The song was blatantly aimed at A$AP Rocky, one of New York City’s brightest rising stars. Knocka has continued releasing new music since “Keeping it Real,” but has not had the same level of attention since.

In Harlem, Knocka has become one of the most-celebrated names. Knocka has released several mixtapes and songs, which have gained popularity in the town. This rising popularity has Knocka also a rising star in New York City. While his career has not blown the way it has for other stars, he has experienced major success.

Knocka would speak with Get Involved TV and he would speak on both the ups and downs of his career. In addition to talking about his career, Knocka would also discuss A$AP Rocky and their current feud. The interview has been dubbed the “Realest Interview,” as Knocka kept it real during his conversation.