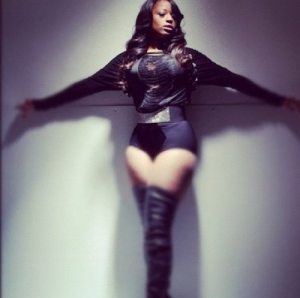 For several reasons, 3d Na’Tee has managed to turn heads over the past few years. Being one of the toughest battle rappers in the South, 3d Na’Tee has become a mixtape legend in her native Louisiana. Gaining national recognition, 3d Na’Tee is continuing to turn heads, as she is also a video director.

Much like Nicki Minaj, however, 3d Na’Tee has built a large male fan base, due to her voluptious shape. Her hardcore rhymes, paired with her desirable looks have made her into a major favorite among males. Despite the major difference in styles, 3d Na’Tee has received comparisons to Nicki Minaj.

But, the Queens femcee was not a topic of discussion when 3d Na’Tee spoke with DJ Smallz’ popular Southern Smoke TV. Instead, 3d Na’Tee’s romantic life was open for discussion. In addition to her past relationships, 3d Na’Tee would describe her dating life.