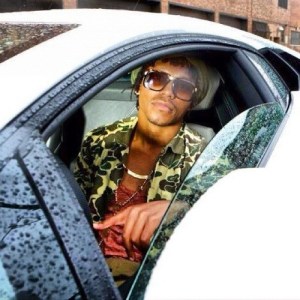 Three weeks since the release of Food & Liquor II, Lupe Fiasco is making his media rounds, discussing his new album. Always thinking outside of the box, Lupe Fiasco released “Bitch Bad,” a play on the phrase “bad bitch.” The cover for the Food & Liquor II is black and many people have wondered why.

Lupe Fiasco returned to the spotlight, talking about the issues of the world. Some of these issues, namely the Chicago gang violence, landed Lupe Fiasco in hot water. Chief Keef would be mentioned in an interview by Lupe Fiasco. Soon, a Twitter beef, which was or was not authentic, took place.

Recently, Lupe Fiasco was in Los Angeles and he stopped by Power 106 to discuss his new album. During the interview, Lupe Fiasco would speak on the album cover and would hint to the hidden liner notes.