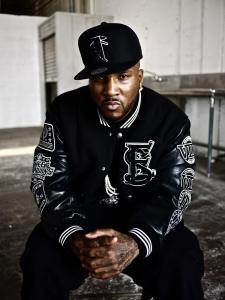 All eyes were on 50 Cent and Fat Joe going into the 2012 BET Hip Hop Awards. Despite both artists being managed by Chris Lighty, the two hated each other for years. Fat Joe, a longtime friend of Ja Rule, appeared on his “New York” single with Jadakiss. 50 Cent, angry about the collaboration, started feuds with Fat Joe and Jadakiss.

However, after Chris Lighty died, BET decided to honor him at the 2012 BET Hip Hop Awards. They decided to have all of the artists managed by Lighty perform together. It was on this stage when people thought war would break out, but peace was instead made. Backstage, however, Young Jeezy and Rick Ross finally came face-to-face after two years of trading disses, leading to a fight.

Rick Ross and Gunplay have made their media rounds, discussing the fight. 50 Cent, whose artist fought with Gunplay, also provided commentary about the fight. Finally, after much discussion, Young Jeezy has broken his silence. Recently in Los Angeles, Young Jeezy visited Power 106 and he talked about fighting with Rick Ross and his longtime feud with Gucci Mane.