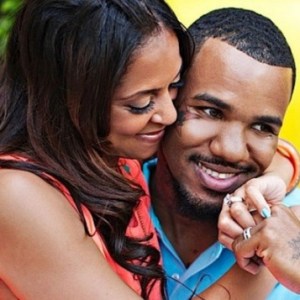 Loving father, compassionate man, and hardcore gangsta rapper are three roles Game has publicly played and convincingly. However, many question if Game could add doting husband to this list. When Game is around Tiffney Cambridge, the mother of three of his children and his longtime girlfriend, he is clearly a different person.

Exactly one year ago, today, Game invited MTV to follow him as he proposed to his longtime girlfriend. Surprising his woman on the job, as she works as a school teacher, the proposal was very romantic. Game admitted, several times, he was very nervous about proposing, even though she quickly accepted.

Months later, Game announced he would have a reality show, produced by 51 Minds Entertainment, about his engagement and marriage. Weeks later, Game revealed he was not man enough to carry out his plans and called the engagement off. Only days later, though, everything was back on.

Now, VH1 has picked up the docu-series, “Marrying the Game,” which will premiere on November 19.