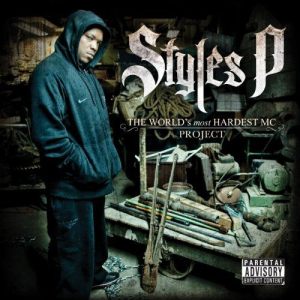 Yesterday’s release of the new Styles P single, “I Know,” proved to be a part of a much bigger plan. Last year, Styles P announced his next album would be titled The World’s Hardest MC Project. While Styles P revealed the title of his next album, he did not let it be known about the project coming so soon.

After a four year hiatus, Styles P returned to the game in 2011. Appearing on a number of songs, including on DJ Drama’s Third Power, Styles P delivered a new album. Styles P released Master of Ceremonies one year ago. A few days after the one year anniversary, P has announced the release date for his next album.