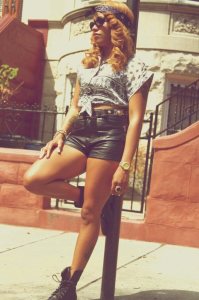 Raven Sorvino has been a part of The Love Story Tour and she has performed with many of the biggest names on the independent hip hop scene. After years of obscurity, the female rap game has enjoyed a strong resurgence. In terms of popularity, Nicki Minaj has led a strong wave of female artists and Raven Sorvino is among the femcees making waves.