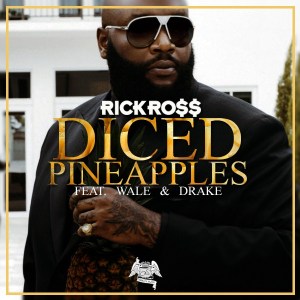 Few artists have been able to capture the attention of fans the way Rick Ross has been able to over the past three years. Whether it was his latest vlog or diss record aimed at 50 Cent in 2009, or the reveal of his special guests on albums in 2010, Rick Ross turns heads. At a time when music videos have gone backwards, Rick Ross keeps his notable.

Comparable to the days of Michael Jackson, Rick Ross’ music videos are almost like movies and he keeps the fans updated every step of the way. Rick Ross invites fans behind the scenes of his videos and details the concept he has laid out. After the behind the scenes feature, Rick Ross releases the official trailer.

“Diced Pineapples” is the latest cinematic feature from Rick Ross. This video comes as order is restored within the Maybach Music camp. Featuring Wale on the intro and Drake on the hook, the song has become very popular. On October 9, the video was released and now the official version is out.