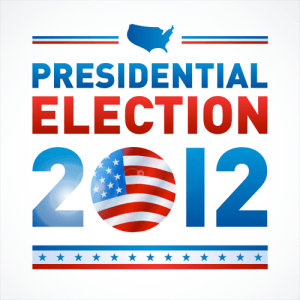 In three weeks, Presidential Election 2012 will be in full swing. President Barack Obama will be running against Mitt Romney, the former Governor of Massachusetts. Over the past few months, the world has tuned into the election, which is said to be very close. Since the Presidential Election of 2000, every election is deemed as close.

Barack Obama launched his initial 2008 campaign in 2007, running on a platform of hope and change. After eight years in office, President George W. Bush found himself presiding over the worst economy since The Great Depression. Obama successfully tied John McCain, the Republican nominee, Senator from Arizona, to Bush and won by a large margin.

However, after three years in office, President Obama has not fared as well as many expected. Running a high-energy campaign, a high-energy presidency was expected. With several issues up for debate, such as the right to an abortion, gay marriage, tax cuts, and specifically the economy, it is important for people to get out and vote.

Earlier this week, Stacey Dash came under fire for her endorsement of Mitt Romney. While her choices may disappoint many, it is her choice, something everyone has. As Stacey Dash has done, the undecided voters should make the decision best for them and get registered to vote and support their candidate. For more information about getting registered to vote, click here.