Skip to content
You are here
Home > Hip Hop News > Yo Gotti releases “CM7: The World is Yours” artwork 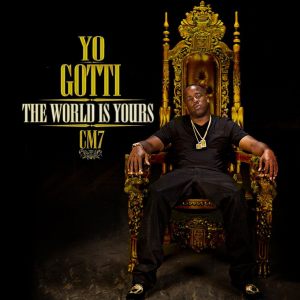 Often overlooked is the success Yo Gotti has enjoyed over the past twelve years. This past spring, Yo Gotti launched the Road 2 Riches tour, which was an all-around success. The tour not only cast a bigger spotlight onto Yo Gotti, it also helped Zed Zilla blossom into a bigger star.

Zed Zilla would release his Rent’s Due 2 mixtape with DJ Scream, which would become a critical and commercial success. With Yo Gotti’s protege doing well, holding the CMG label down throughout the year, he is making plans on returning. Yo Gotti plans to close the year with his CM7: The World is Yours mixtape.

Earlier today, Yo Gotti released the official artwork for CM7: The World is Yours. The mixtape features collaborations with French Montana, Future, Jadakiss, Zed Zilla, and more known artists. Production comes from the likes of Drumma Boy, along with many other popular producers.