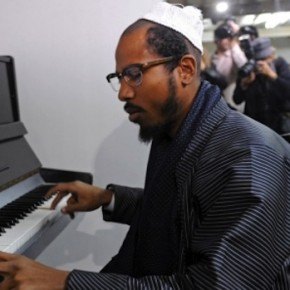 Over the past few weeks, Shyne has returned to the headlines. Last weekend, Shyne was engaged in a Twitter beef with Coke Boy Brock. Now, Shyne is taking shots at his longtime rival, Diddy. Going on three years, Diddy and Rick Ross have been working closely together, leading many to believe he would place Maybach Music on Bad Boy Records.

Rick Ross recently released his mixtape, The Black Bar Mitzvah, featuring the likes of Drake and Gunplay. Only hours after its release, the mixtape received close to 30,000 downloads and the numbers have spiked throughout the day. While most people are impressed with the mixtape, Shyne is not.

After the release of the mixtape, Shyne revealed he was not a fan of Rick Ross’ title and he also continued to send more shots at Diddy. Shyne spoke to Hot 97’s Peter Rosenberg for Rosenberg Radio and he addressed his voice change. Despite the negative feedback, Shyne said he has become a better emcee.