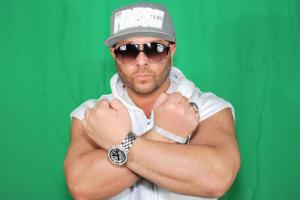 Many rappers have found independent success, releasing numerous mixtapes. Salese is among the New York City rappers finding success with mixtapes. Earlier this year, Salese released his mixtape, The Main Course. Back in August, Salese released the video for “Rocky Balboa,” which featured Ron Browz and was directed by Mills Miller.

“Rocky Balboa” experienced much success during the close of the summer. While the song was successful, Salese is focused on pushing other projects off The Main Course. Another fan favorite is “She Likes It.” Salese features Young Gatez and Manny Tartt on the song, allowing them to showcase their talents on the record.

Later today, Salese is preparing to flood the internet, once again, with his visuals. “She Likes It” has been a viral hit and now the official music video is set to drop tomorrow. With the music video due in a few hours, Salese drops off the trailer for the video to hold fans over. Var EZ serves as the director of the music video.

Watch the “She Likes It” trailer by Salese below: