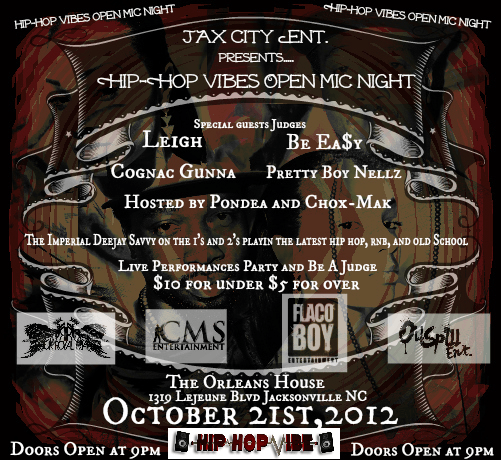 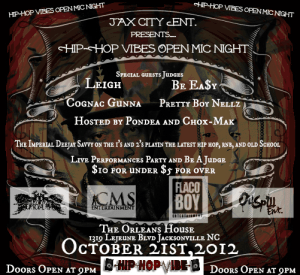 “Hip Hop Vibe’s Open Mic Night” will be presented by Jax City Entertainment and is an event for independent artists to gain exposure. Not only serving as an open mic night, the event will double as a networking party. Several models will be attending, with Hottie of the Week alum, Amelia DeVane (now known as Leigh), serving as a judge.

Other judges will be Coganc Gunna and Nelson Davis, as announced, alongside Be Ea$y Wilson, another major figure on the Jacksonville hip hop scene. Serving as the hosts of the night will be popular rapper, Chox-Mak, and Pondea. Doors open at 9 pm and entry fees start at $10.