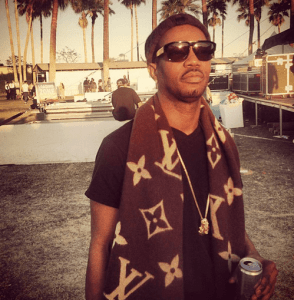 It may have stunned fans when Juicy J signed to Taylor Gang, but the Three Six Mafia standout has made it work. Wiz Khalifa proved to be just as sound of a businessman as he is as popular as a rapper. By next year, Wiz Khalifa can expect his Taylor Gang movement to be on the same level as Maybach Music, Young Money, and G.O.O.D. Music.

The Memphis rapper has been making his media rounds discussing his recent success as a solo artist. In many ways, Juicy J’s run is comparable to that of 2 Chainz. DJ Whoo Kid recently had the opportunity to sit down with Juicy J. On the “Whoolywood Shuffle,” Juicy J would speak on his solo success and being a member of Taylor Gang.