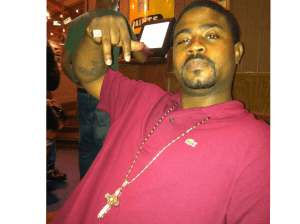 The West Coast has made a strong comeback over the past couple of years. Much of the attention has gone to Los Angeles as Kendrick Lamar’s emergence was very unexpected. But, there are many other artists from the West Coast making major moves. On the independent scale, another artist to lookout for is Beathoes.

For years, the Bay Area has held the West Coast down, producing the Hyphy movement and many popular slang terms. Beathoes hails from Oakland and watched numerous stars be born. Coming from this environment obviously inspired Beathoes to eventually pursue a career in the music industry.

Beathoes recently spoke to Hip Hop Vibe about his ups and downs as an independent artist. Beathoes would discuss the Bay Area hip hop scene, his Dope Boy Music mixtape, and much more.

How did you overcome the rough life in Oakland, CA? I overcame the rough streets of Oakland by believing I could do better for myself. Wanting more for my daughter and sticking to my dream which is music and never giving up.

Being from the Bay Area, did you look up to the likes of Too $hort, E-40, and Messy Marv? Of course being from the Bay Area I was inspired by the likes of Too Short and E-40 while growing up. They were real idols back in my teen-age years. As I grew older I started relating to Messy Marv due to the fact I was in the streets and he was rapping about real life events that I was seeing and experiencing at the time.

What inspires your lyrics? My lyrics are mostly inspired by things I have been through like my childhood, things that I have seen, loosing friends over the years and things I’ve just heard about being locked up living in these crazy streets of Oakland. Basically life stories. Whether it was mines or someone else’s.

Can you provide more details about your Dope Boy Music mixtape? The songs I chose for this album were like stories to me. Most of them were written while I was incarcerated so I pictured it as I wrote it. I felt like when people listened to the album it would be like reading a book. #19 is one of my favorite songs. It was inspired by scriptures from the Bible. I was talking to God about my troubles and I wanted him to better understand me. I know I made bad choices but that don’t make me a bad person.

Growing up in the streets and living “that life,” what advice would you give to young men? The advise I would give a young man growing up in the streets of Oakland, or in the streets period would be fast money isn’t all what it seems. There’s a lot of consequences that come along with it. You can end up in jail or dead. Some do make it but most don’t. Follow your dreams and always believe in your self even if no one else does. Education is everything and material things aren’t. They fade, brains don’t. Chase that educational dream instead of the Scarface one.

Who are the other members of the Hungry Gang? HungryGang consists of about 8 guys. Myself, The Shyst, Lil Cee Chef Boy AB, Shimmy the Bang, Lil Cellus and The Goon. Some of who are also featured on my Mix Tape.

Can you elaborate on your statement about being a storyteller as opposed to being a rapper? When I say I’m a story teller as opposed to being a rapper I mean a lot of these Rappers now a days are just rhyming making silly dance music, tryna make it sound good or sound like the last hot song. Just tryna make a hit. People are loosing the originality of song writing. I like to tell stories keep you guessing through the song. Each verse gets you deeper into the story. So that way they’d be curious about the next song. Don’t get me wrong I’m not knocking anybody’s flow I’m just speaking on me. Cuz I listen to those songs too. I’m just not that type of lyricist.

What was it like rising through the local rap scene? It has been a challenge because of where I come from. The Bay Area is a small place looked upon as being a war territory, especially Oakland and most people stay hating on each other. I am still tryna push locally and other outside cities but sometimes people just don’t like to show love when love is due. Thanks to the internet I have been able to be heard by people in other cities and states which is great for me as an Independent Artist.

Going to Oakland for the first time, where would you take a personal guest of yours and why? For the first time in Oakland I would probably take them to a Raiders game if it were football season. Otherwise I would take them for a night on the town. We would hit up the Downtown area. They have really revitalized the area. They have many nice restaurants and as well as new Night Clubs. The Fox Theatre has been remolded and they conduct really nice shows which brings the outside crowd again. They also have an event every first Friday which draws thousands to the streets. More people are starting to see Oakland for what it is a really nice place. So between all of that we’d end up somewhere having fun with no problems.