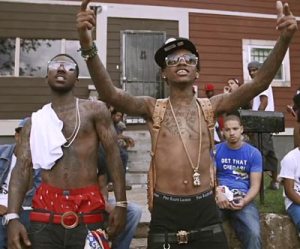 Atlanta is full of hip hop talent and Jose Guapo is among the biggest mixtape names in the game. Early this summer, Jose Guapo released his Cash Talk, Pt. 2 mixtape, which was hosted by DJ Teknikz and DJ Spinz. Working with two of the biggest DJs in the South also helped to propel Jose Guapo to the forefront of the rap game.