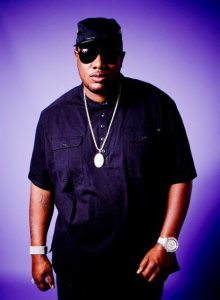 Due to the innovations on the internet, people are able to connect quicker and more efficient than ever before. Among the first interest groups to embrace the internet was hip hop and the result has been several hip hop scenes rising to prominence. The DMV area has produced a number of R&B stars, primarily Chris Brown and Trey Songz, but is now breaking rappers.

Wale and Rolls Royce Rizzy lead the pack in Washington, DC, while fans are still being properly introduced to the hip hop scene in Baltimore. Without much research, Caddy Da Don’s name would pop up, as he has made tremendous inroads in the national hip hop scene. Last month, Caddy Da Don released his Cut the Check mixtape, hosted by DJ Scream.

What inspired you to create Cut the Check? I really just wanted to display my skills as someone elite in the industry. I feel I am definitely on the industry level. Cut the Check was me proving I was on that level, as an artist.

Was there a specific sound you were going for? I wouldn’t say a particular sound, I just picked some of the hottest tracks with bass that I liked. After taking what I liked, I pieced it together, and the final result was Cut the Check.

How did you decide who to feature on the mixtape? Basically, I linked with the different artists who come to Baltimore. I usually meet many of the major artists who come through Baltimore. In terms of popularity, I am among the most popular in Baltimore and I reached out to the artists I got good vibes from.

Why did you choose DJ Scream to host the project? Well, I have been listening to DJ Scream’s Hoodrich series for a long time. I love the energy he brings. While I also love DJ Drama, everybody has a Gangsta Grillz mixtape. I decided to work with someone who was on the grind like me, so that is why I linked up with DJ Scream.

What was it like working with DJ Scream? It was a fun experience. DJ Scream was a very humble person and good to work with. I went to Atlanta for the 2012 BET Hip Hop Awards and did a couple of shows with him. DJ Scream is a good dude.

How would you describe the relationship with DJ Scream? We have a respectful business relationship. DJ Scream made it clear to me if he did not like the music, he would have never agreed to do the project. But, he respects me as an artist and I respect him as a DJ.

How do you feel about your recent mixtape success? I feel like it is just starting to grow. When I’m in Maryland, I hear the people listening to it in their cars. The buzz is still picking up, the downloads are increasing. But, when I drop my “Countin’ Up” music video, I expect a bigger response to the mixtape. “Countin’ Up” is the number one song in the DMV right now.

Are you offended by the term “mixtape rapper?” (Laughs). Not at all, I respect the mixtapes.

Do you feel the mixtape game will help establish more artists in your area? Actually, yes I do. I think as you drop your mixtapes, push them, and gain that internet following, it helps you get a bigger audience.

When will you release your next project? I cannot give an exact date, we are looking at a few different situations. My next project could be another mixtape, or it could be my debut album. Right now, I am recording songs, but I never take too long. Within five months, I will drop something. But, right now, it is all about Cut the Check, it’s buzzing from Baltimore down to Atlanta.