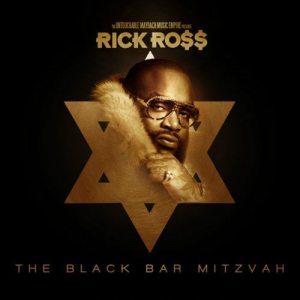 God Forgives, I Don’t was the most-anticipated album of both 2011 and 2012. Rick Ross would finally be released during the summer of 2012. After failing to deliver his album in 2011, Rick Ross prepared the release of Rich Forever. Released early in 2012, the mixtape became the highest-downloaded mixtape in history.

For half the year, Rich Forever was dominating both the radio and internet. In the eyes of many, the mixtape was better than most albums released. DJ Scream hosted the mixtape, which was considered a classic. Added to the Maybach Music roster late in the summer of 2011, DJ Scream immediately made history.

With God Forgives, I Don’t already a few months old, Rick Ross is back in the lab. Now, the streets are going to be heated with more Ross. The name of Rick Ross’ upcoming mixtape is The Black Bar Mitzvah. In four days, Rick Ross will release his mixtape on October 8.