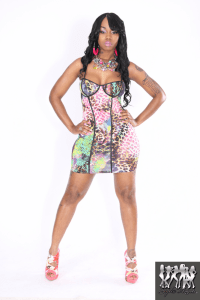 Often noted is the struggle of the female rapper, a sub-genre in hip hop which nearly went extinct. Nicki Minaj’s mainstream success has breathed life into the art of the femcees and she has inspired many other femcees. Chloe often cites Nicki Minaj has the reason she raps and Juicy Badass has earned numerous comparisons to her.

Currently building buzz in the mixtape game, Juicy Badass is fresh off the release of her project, Choose Juicy. The mixtape caught the attention of K-Dog, who manages both Coke Boy Brock and Droop Pop with Mack Drama. After meeting with K-Dog, Juicy Badass finds herself the newest member of his Hunnafied roster.

Gaining the attention of Method Man, Redman, Xzibit, and others, appearing at Rock the Bells 2012, Juicy Badass is Hip Hop Vibe’s latest On the Rise artist. Earlier today, Juicy J discussed her hometown, her inspiration, and her recent success.

Where are you from? I am from the west side of Detroit, Michigan.

How would you describe the Detroit hip hop scene? If we stick together, we could make it like Motown again. There is a lot of talent here.

Who are some of the people who inspired you? Of course, I would say Nicki Minaj and Trina. But, I also like Lil’ Boosie and Drake, no one really inspired me because it was in me. However, I am definitely motivated by them and a few others.

Can you talk about your Choose Juicy mixtape? Yes. This is my first mixtape, it is hosted by DJ BJ, the hottest DJ around here. I featured some of the hottest guys in Detroit. The first single was “Cold,” the second single was “Stylin on these Haters,” and I am working on the third single. I really got a nice response from the mixtape.

Were you nervous about how it would be received? Yes, but only a little bit. At first, I was nervous about people not taking me seriously. I knew it would have lovers and haters. But, my main concern was about being respected. The last thing I wanted was for my movement to be taken as a joke.

So, it is very clear how serious you are right? Very, very, very, serious.

What was it like meeting the likes of Method Man, Redman, and Xzibit? It was really great. They liked my music. I have met a lot of new school and old school rappers. Everyone was cool, but they were all very down to earth. We actually listened to the music in the trailer at the Rock the Bells tour.

Can you tell us more about being a part of Rock the Bells? Actually, I went to Rock the Bells with some friends. I have friends in the industry. I met Ice Cube, Wiz Khalifa, Bone Thugz-N-Harmony, and many more. A friend of mine gave me VIP access, which allowed me to meet everyone.

How did you link up with K-Dog? A friend of mine, a mutual friend, who I have known for three years plugged me with K-Dog, letting me hear my music. K-Dog liked it and now things are taking off for me. Right now, we are all supporting each other. 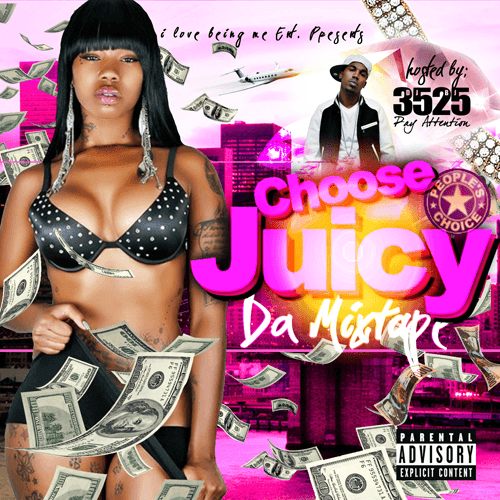