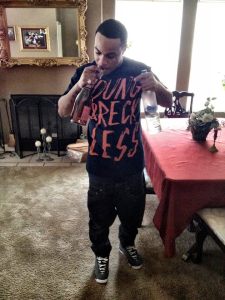 At 3 pm, Maybach Dice will take a big step in his career when he releases his upcoming mixtape, God’s Plan. Hailing from Queens, Maybach Dice would rap around the likes of Freaky Tah and then he would begin working with Domination, of Bang ‘Em Smurf and Domination. Impressed by both his skills and his confidence, Dice would be taken under their wing. Being around Bang ‘Em Smurf and Domination at a young age gave the young emcee a front-row seat to the explosion of G-Unit.

Soon, Dice would begin making his own music and released his first mixtape, I Got Yo Bank Stopped, Vol. 1. This hard work would gain the attention of many other big names. Given Domination’s connection to Fredro Starr, he would eventually begin traveling with them, doing several interviews for radio stations. During this time, Dice also began performing with the older rappers, being snuck into strip clubs and other bars to do what he loves.

With things looking up for the overall movement, despite Bang ‘Em Smurf spending time behind bars, Dice would soon link with Rick Ross. At this time, Rick Ross had reached out to Bang ‘Em Smurf. While the affiliation began as a way to spite 50 Cent, it soon became a situation which allowed Dice to flourish. Maybach Dice was born, as he became a member of Rick Ross’ Maybach Music, in addition to being a Feed Da Wolves member, making Rick Ross and Bang ‘Em Smurf business partners.

Over the span of three years, Maybach Dice has released a continious flow of new music. Maybach Dice planned his God’s Plan mixtape earlier this year, but it was delayed due to Maybach Dice working on other projects. This year, Maybach Dice has been a great team player, recording with Maybach Music Latino. On AG Cubano’s Power Trip, Maybach Dice would have a strong performance, which proved he is one of the rising artists in the rap game to look out for.

As Maybach Dice prepares to release God’s Plan in a few short hours, he told Hip Hop Vibe why this mixtape is not only the best project he has to offer, but among the best released this year. Maybach Dice would speak to Hip Hop Vibe for a brief interview. God’s Plan features Domination, who will soon be a free man, Layzie Bone, BMF’s Bleu DaVinci, Boxie, and more.

What inspired you to do the God’s Plan mixtape? It was me and my cousin, we are big on religion. We feel everything that happens is for a reason. Things are going perfectly and it is all a part of God’s plan.

What advice did Domination, Bang ‘Em Smurf, and Rick Ross give you? Domination told me to always go hard. Smurf told me to be myself and do not give up. Rick Ross told me to keep going, go hard, no sleep. They all gave me the same type of advice, pretty much telling me to go hard.

How did you link up with BMF’s Bleu DaVinci? I was actually in Los Angeles, shout out to my old manager, Knuckles. He set that up for me, getting me on the phone with Bleu DaVinci. We chopped it up and then put our record together. I still got the music video coming out for it soon, be on the lookout for the video.

How did you go about selecting the guests for this project? Really man, I got Bleu DaVinci because the record, “The Feds is On Me,” for the streets, no one better than BMF to feature it. The track with Chinx Drugz has been around for a long time, we’re homies, and I plan to have another video shot for our song to update the people. With Layzie Bone, he’s my big brother, I kept it in the family, with Domination, it was the same. Free Domo!

Who are some of the producers on God’s Plan? Shout out to my man Tony Trouble, Slice Productions, Pops on the Beat, he’s Soulja Boy’s producer, and a few others who held me down. Shout out to all of them though.

How does God’s Plan compare to your previous mixtapes? God’s Plan, I wanted to show the people what was guiding me. I did a few records on here for the streets. It’s all the same, I don’t really change lanes. But, I will say this mixtape is bigger than all of the other ones.

What is the best way you would describe the past three years? Growth, motivated, and succeeding, struggle too, that comes with success. All of this factored into what God’s Plan is. Shout out Hip Hop Vibe, Maybach Music, and Feed Da Wolves, ya heard! 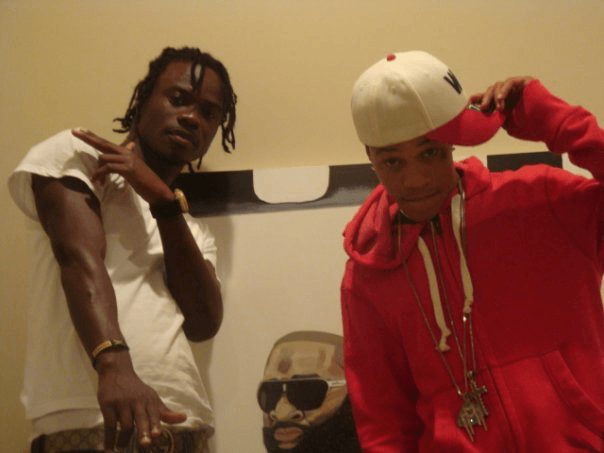