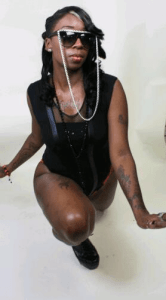 A native of New Jersey, Nyeta is making a name for herself in the modeling industry. Strong-willed, Nyeta is the mother of two children. Throughout Newark, Nyeta has participated in fashion shows and appeared in music videos from local rappers. While Nyeta is very independent, she has been working with a few people who have been helping her get her name out there.

While Nyeta has become popular on the Newark scene, she is also making a name for herself across the river in New York City. Working with BIA Studios, Nyeta has had the chance to work with Clifton Powell and Charli Baltimore through this program. Still generating more buzz, Nyeta is doing more photo shoots and developing her overall look.

Making a name for herself in the Tri State Area, Nyeta caught the attention of Hip Hop Vibe and is our latest Hottie of the Week.

How many years have you been modeling? Now, it has been two years.

What type of modeling gigs do you usually land? Right now, I am into doing more photo shoots. But, last year I was doing fashion shows.

Have you become popular in your area? Yes.

Who are some of your biggest supporters? Cliff Po, he is always going out of his way to help me. I know another rapper by the name of Adonis who is helping me make connections. I also work with a program called BIA Studios and they also do a lot of things for me, it is acting and modeling. The program is based out of New York City and has a lot of well-known instructors.

What is your favorite type of modeling? Right now, just the photo shoots, because you can be free and be yourself.

Would you ever consider being a video vixen? I won’t say I have considered it, but I have been in a couple of music videos.

Can you talk about some of the music videos you have starred in? I have only appeared in three music videos, one from Adonis and one from a poet/rapper who is making a name for himself.

Do you eventually have plans of transitioning into acting? Yes I do. In January, I should be finished at BIA Studios. So far, I have worked with Clifton Powell and Charli Baltimore, it was a music video/film by Alonzo called “Taking Regrets.”

While you love modeling, can you tell us more about your day job? My day job, of course, is a full-time security job and a full-time single mother of two daughters. 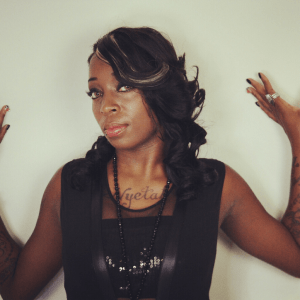 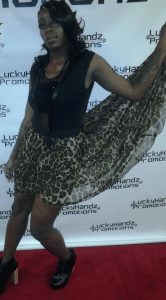