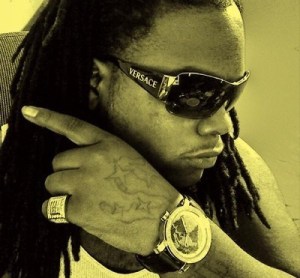 Gulfport, Mississippi is slowly taking over the hip hop world through Supa Villain, who has been on an incredible run. Supa Villain has become one of the biggest mixtape rappers in the South. The Mississippi rapper caught the attention of many power-players in the game through his standout performances this year.

Supa Villain has appeared on several mixtapes released by mixtape DJs. Through these mixtapes, Supa Villain has enjoyed a consistent increase in his fan base. Along with his internet buzz, Supa Villain’s joint mixtape with Rich Boy, ATM, was a major success. With the mixtape hosted by DJ Dirty Money, Supa Villain would turn to him again.

Can you talk about your ATM mixtape with Rich Boy? Oh man. This is a whole bunch of material we had for a long time. I decided it was time for us to release it. The people love it too, we held on to it for so long, it had been five years. I don’t like to make people wait too long, so I went ahead and dropped it.

How did you two link up? I met Rich Boy back in 2008, right after his first album dropped. At the time, he was working on a new mixtape. I was putting a video together and I sampled Rich Boy’s “Throw Some D’s” on the song. After the video was on YouTube for year, Rich Boy reached out to me and we began working. He told me to meet up with his brother and from there we went to Atlanta and we finished our song. From there, I ended up producing a lot of his Bigger Than the Man mixtape and most of his stuff since then. One thing about Rich Boy is that he is a laid back, personal type of guy. He is one person who does not get caught up in the fame.

After the success of ATM, will you be doing more projects with Rich Boy? Most definitely. Right now, I know he is in the middle of a tight schedule. He just signed a new deal with eOne, but I keep in contact with him through his family. But, I still have music with him in the lab and I sprinkle it when I need to.

How long have you known DJ Dirty Money? I met Dirty Money around the same time I met Rich Boy. It was all through social networking, I never run into people because of their name, I just link with them. When I first met DJ Dirty Money, he was early in his Trapboi Muzik series. He hosted my mixtape, back in 2009, and from there we built a personal relationship. I did try to go after a big name with DJ Burn One, but I need a personal relationship with my DJ. Trapboi Muzic that is for real.

How do you feel about 40 Days, 1 Dark Knight? You know what? I do everything myself, as far as the working and recording. But, on this mixtape, if you are a Batman fan, I really dive into that concept. See, I don’t club, I enjoy my work and I stay in the lab, like Batman would. Plus, it was good marketing with people calling me Batman and the new movie that came out. People can go out and download the mixtape from LiveMixtapes.com. I get a lot of support from hip hop websites and that is what keeps me going. My fans really inspire me.

What was the energy like when you were creating this mixtape? 40 Days, 1 Dark Knight? It follows the timeline of the Batman trilogy. If you follow those films and you know how I am, you will understand the concept of the mixtape. I didn’t have a formula when I recorded the mixtape. But, I went into the recording feeling like Batman, I do everything myself. Watching those movies and understanding the characters helped me form the mixtape. Everyone knows who Bruce Wayne is, so I gave them that in this mixtape.

Do you feel as if you were able to properly express your feelings on this project? Everything I say is straight from my heart all of the time. I have no contract, I do everything myself with no deal. I mix, master, record, produce, do the videos, and the artwork is all on me. So, I do and say whatever I want to.

How did you go about selecting the guests for 40 Days, 1 Dark Knight? I have my own roster of artists. Astin Kush and Rich Boy are my family, they will always be on my project. One surprise collaboration came from B. Ray, who is a big artist on the Bay Area. Our collaboration came from social networking. On that track, I was catering to the Bay Area, sampling from Mac Dre on the song. Actually, he just hit me up, so we might have something bigger in the works soon.

As a successful independent artist, are you considering going to a major? It depends on the situation. I would go major if I could keep full control over my movement. If I was forced to do something I don’t feel, it would never work. Being business-minded, I know what I bring to the table outside of just rapping. Doing everything myself, I know how this game goes, so there would have to be something to really intice me. They would have to compensate me heavily because I do everything on my own. Money would have to be in my favor, because my message is worth more than any dollar. But, if anyone is interested, they can contact me. There are a lot of stories in Mississippi that need to be told, but everything has its time.

Have you had discussions with any major record labels? No, not really. I have talked with certain A&Rs, but it never went past talk. No one can sell me a dream, unless they put it on DVD. I have to see it, I have been doing this since I was in the fifth grade. I signed with an independent label at thirteen and I saw the failed promises up close and personal. Before I sign off, I must shout out DJ Dirty Money, Trapboi Muzic, my artist Kritty, B. Ray, free Hot Boy, free Yella Nino, and this is the Stackhouse movement. Stackhouse Entertainment is my company, all of this is me. Shout out to all of those who love me, I do this for you guys. Shout out Joey Sickness too.