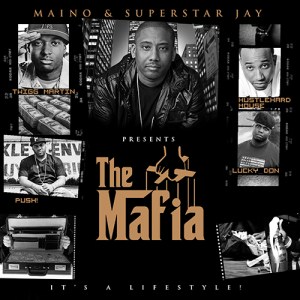 Until this recent boom in New York hip hop, Maino was the lone representative of New York City making major moves. After numerous delays, Maino released his sophomore album, The Day After Tomorrow. The album was met with mixed reviews and was a commercial failure.

After the release of the album, Maino took time off before he linked with his longtime partner in rhyme, PUSH!, along with Lucky Don, Hustle Hard Mouse, and Thigg Martin. With these four rappers, Maino would form the latest hip hop supergroup, The Mafia. Over the summer, the foursome have released a number of songs.

Maino would unite with DJ Superstar Jay to begin making preparations for The Mafia’s self-titled mixtape. A few weeks ago, The Mafia was given a release date of October 9. Despite being a mixtape release, The Mafia will be going right at Machine Gun Kelly. Six days away from the mixtape’s release, Maino releases the artwork and track listing for the project.

The Mafia will feature the likes of Gucci Mane, Robbie Nova, Yo Gotti, Wink Loc, Busta Rhymes, and more. 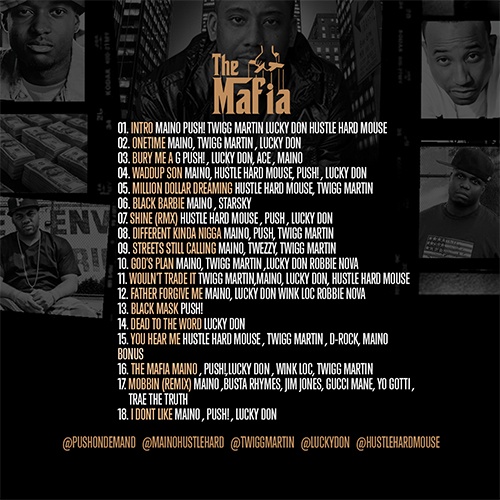