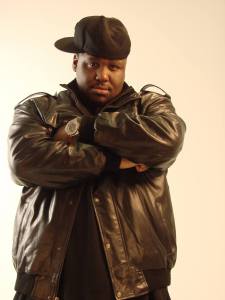 In the days leading up to the 2012 BET Hip Hop Awards, the media was discussing the long-standing feud between 50 Cent and Fat Joe. Eight years ago, Fat Joe collaborated with Ja Rule during the height of the feud he and 50 Cent were engaged in. Early in 2005, 50 Cent began dissing Fat Joe and the other supporters of Ja Rule.

50 Cent made it known he had no intentions of ending his feud with Fat Joe just because of the tribute to Chris Lighty at the 2012 BET Hip Hop Awards. Ironically, 50 Cent and Fat Joe would behave, while other rappers would cause controversy. Young Jeezy and Rick Ross, who has been exchanging disses with 50 Cent since 2009, ended up fighting, as they have been feuding for two years.

Maybach Music would be involved in two fights in Atlanta, as Gunplay would wind up fighting an unnamed member of G-Unit. Mike Knox was rumored to be the person who was fighting Gunplay and he broke his silence. According to Mike Knox, Gunplay was running from the CTE camp when he ran into him and words were exchanged, leading to the fight, which was filmed after he lost his balance.