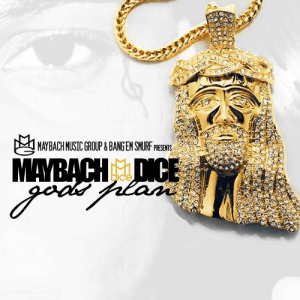 In the midst of many controversies and major news stories, Maybach Dice has been working diligently on his mixtape, God’s Plan. During the summer of 2012, Maybach Dice began making waves. After a meeting between Bang ‘Em Smurf and French Montana, Dice became an affiliate of the Coke Boys.

With a new alliance, Maybach Dice now has more interaction with Chinx Drugz, Droop Pop, and Coke Boy Brock, and the other Coke Boys. Ultimately, everything Maybach Dice has been through is a part of God’s Plan. While God’s Plan was delayed several times, the project has remained highly-anticipated.

Maybach Dice plans to release God’s Plan on October 4. The mixtape features collaborations with Bleu DaVinci, AG Cubano of Maybach Music Latino, Chinx Drugz, Domination, and many more. Those close to Maybach Dice sayGod’s Plan will be one of the best projects released in the latter half of 2012. 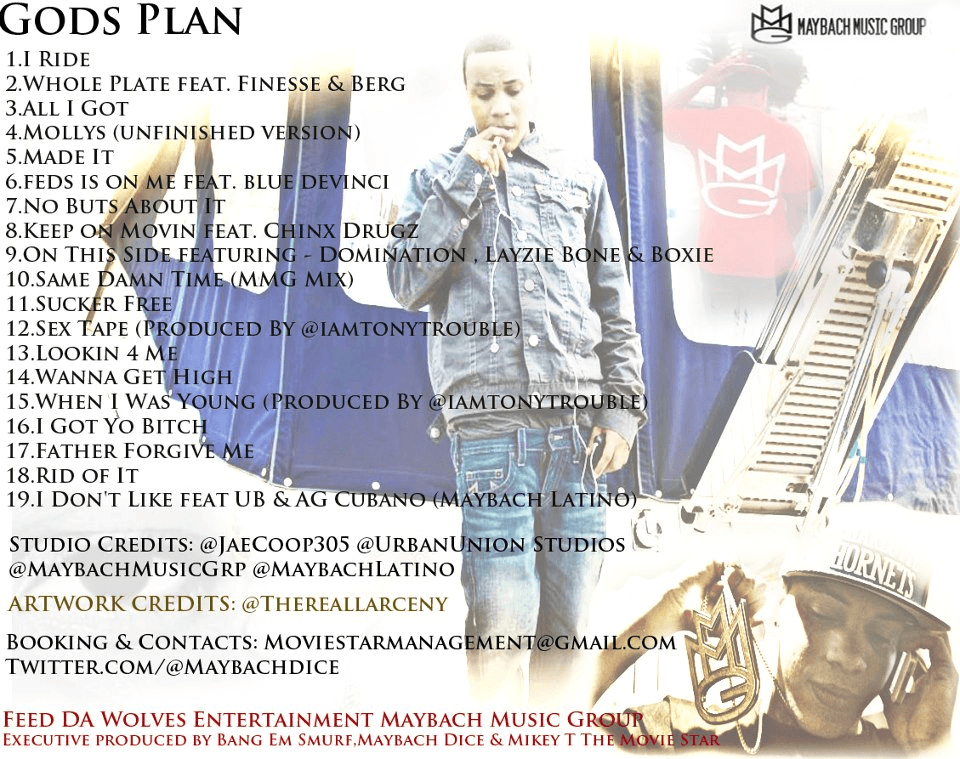