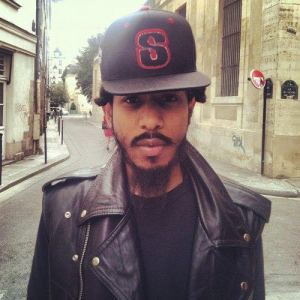 Though it has not come as expected, New York City has returned to the forefront of the rap game. The success of hip hop’s hometown comes from the efforts of all the artists generating buzz. While his buzz has dramatically diminished, Shyne still finds himself one of the biggest rappers from New York.

Last week, Shyne released his Gangland mixtape. Over the weekend, Coke Boy Brock, of French Montana’s Coke Boys camp, said the mixtape was not worth the hype. The post on Twitter caught the attention of Shyne, who called him a “creep.” For hours, the two exchanged insults on Twitter.

Coke Boy Brock is reportedly already in the studio, preparing a Shyne diss track. On the other hand, Shyne is taking “the high road,” opting to ignore Coke Boy Brock. This is similar to 50 Cent, who has ignored several Shyne disses. While Shyne is considering ignoring Coke Boy Brock’s disses, should he participate in a beef with Coke Boy Brock?

During a recent interview with Vlad TV, Beanie Sigel spoke on his classic feud with Jadakiss. With Jadakiss being the established artist and Beanie Sigel needing to establish himself, the feud was mutually beneficial. During the height of their feud, Beanie Sigel ran into his rival, Jadakiss, and they decided to keep the feud going. Over the years, rap beef has helped draw attention to numerous rappers, solidifying the reputations of both Jay-Z and Nas.

Despite Shyne’s popularity, had it not been for Coke Boy Brock, a lot of people may have missed out onGanglad. With Shyne currently in comeback mode, it might be a plus for him to battle Coke Boy Brock. Currently, Coke Boy Brock is on a mixtape run and quickly rising the ranks in New York hip hop. Comparable to the Beanie Sigel/Jadakiss feud, a potential feud between Shyne and Coke Boy Brock could not only be beneficial to both men’s careers, but also full of entertainment.