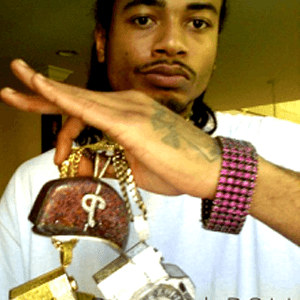 Brick Squad has been dominating the rap game for some time, as Gucci Mane and Waka Flocka Flame have made several hits. The Brick Squad movement has expanded well outside of their native Atlanta. Currently, Brick Squad is going strong in New York City with Frenchie and Yung Joey.

Los Angeles, over the past year, is in the midst of a comeback. It is only right, with the Los Angeles hip hop scene coming back, for Brick Squad to have an artist. The representative for Brick Squad on the West Coast is Ice Burgandy. A rare mixture, the rising rapper has gotten well-known in Atlanta.

Ice Burgandy is quickly becoming one of Brick Squad’s most popular rappers. Earlier this week, Ice Burgandy released the “Right Side Hangin'” music video. In the video, the unity is strong. Featured in the music video is Brick Squad member, Frenchie, along with the rest of the hood.

Watch “Right Side Hangin'” by Ice Burgandy below: