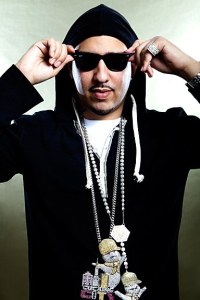 Suddenly, New York City finds itself relevant in the rap game, once again. For years, several articles have been run about the decline in New York hip hop. Over the past few years, there have been articles suggesting which artists would take over. While these artists were talking, French Montana was slowly taking over New York hip hop.

Now, French Montana finds himself as the biggest new artist in New York City. French Montana capped off his successful run in 2011 with an appearance on “106 & Park.” At the time, there was a bidding war going on over French Montana. This bidding war came to an ultimate end, as French announced he had signed with Diddy’s Bad Boy Records.

For the most part, French Montana has received nothing but love. Recently, however, Jim Jones has made it clear he still harbors hard feelings toward French Montana. But, during his interview with Complex, earlier this week, French Montana revealed he stays successful by not getting into rap beef. French Montana said beef ultimately scares the money away.