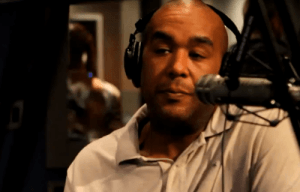 The hip hop world was shook to its core when Chris Lighty died last month. For years, the mogul was an essential piece of the hip hop community. If not for the efforts of Chris Lighty, the careers of Fat Joe, Missy Elliott, Ja Rule, LL Cool J, 50 Cent, Mobb Deep, and many others may have turned out much differently. When he died, the entire world paused to pay their respects.

An overall good person who was good at what he did, Chris Lighty further broke the hearts of his friends when his death was ruled a suicide. Those close to Chris Lighty refuse to believe he committed suicide. While Chris Lighty’s marriage was strained, he was a positive person, in addition to being extremely wealthy. 50 Cent immediately stepped in to help, teaming with Chris Lighty’s mother to launch an investigation to see what really happened.

Sway Calloway recently spoke with Chris Lighty’s brother, Dave Lighty, who had been with Chris nearly every day with the exception of his final months. Obviously still broken up, Dave Lighty spoke about the loss of his brother and how he plans to move on.