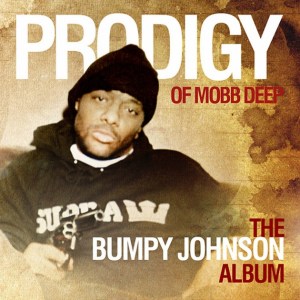 Even before the split from Havoc, Prodigy was more focused on his solo efforts. Upon being released from prison in 2011, Prodigy released his book, My Infamous Life, and began working on solo music. Prodigy ended up releasing his free EP, The Ellsworth Bumpy Johnson Story, in 2011.

Since years had passed since any music came from Prodigy, his EP did significantly well. The EP was the prelude to his LP, The Bumpy Johnson Album, which Prodigy plans to release next week. With the album on the way, Prodigy is catching fans up on the album.

On his latest release, Prodigy has decided not to rely on guest appearances. Instead, the collaborations will come from the production side. Alchemist, of course, will be among the producers of the album.