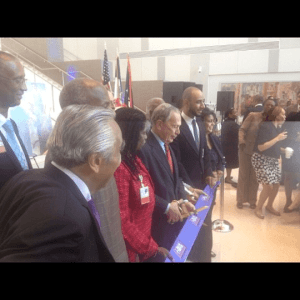 Late last year into early this year, Swizz Beatz was caught up in drama with Megaupload. Named the CEO of the website, Swizz Beatz revealed his intention to remain in negoation with the website. Megaupload came under media scrutiny when the US Government seized the domain name.

Recently, Swizz Beatz accepted the role of ambassador for the New York City Health corporation. With everything goin on, Swizz Beatz was recently in Harlem, celebrating the opening of Harlem Hospital. While there, Swizz Beatz delivered a speech.