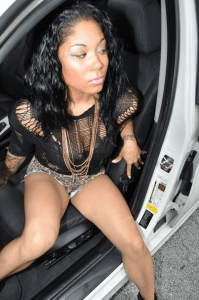 Growing up a beautiful girl, one of Nina Sosa’s first decisions was to develop her persona and then jump into the modeling industry, a decision which has paid off for her. Like anyone who is pursuing their dreams, Nina Sosa went through several ups and downs. It was during one of these downs when Nina Sosa decided to make a drastic change, which ultimately helped with her career.

Nina Sosa decided to join the Marines when her life hit a crossroads. Being around new people and traveling the world, Nina Sosa soon found herself reinvigorated. With her energy back on her work, Nina Sosa had more positives headed her way. In the midst of this joy, Nina Sosa would give birth to her first child, giving her more inspiration to work harder for her dreams.

Dedicating five years of her life to modeling, Nina Sosa is changing the way people think of models. Standing at 4’11, Nina Sosa is showing height is not quite necessary when it comes to modeling. In recent years, many of the leading ladies in urban entertainment have been shorter than most. Nina Sosa explained the steps in her journey to stardom with Hip Hop Vibe in her feature for “Hottie of the Week.”

When did you realize you truly wanted to become a model? I realized I wanted to model when I was about 15.

What were some of the first things you did to make this a reality? I started doing my research and I got a team. Then, we began setting up photo shoots.

How would you best describe your experience while in the Marines? My best experience from being in the marine core is that it builds character. It helpd me be more independent and strong.

In what ways does your daughter inspire you to keep going, even when it gets rough? My daughter inspires me in every way. I want to show her no matter what, if i its a dream of yours, follow and chase that dream. Nobody can stop you but you.

What are the overall goals you have set for yourself? My over all goal is to be all over. I want my face everywhere.

How can potential fans find you on the internet? My fans can go to Facebook.com/ninasosa2k, Twitter.com/ninasosa_000, andInstagram/nina_sosa.

Eliza Jayne to appear at Hershey Comic Con on September 29, 2012
Hottie of the Week: Nyeta