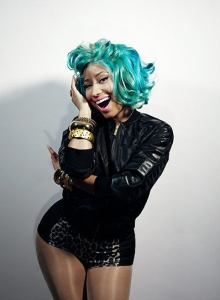 In a little over two years in the mainstream, Nicki Minaj has transformed herself from being a buzzing rapper on a popular label to an international pop star. Nicki Minaj’s efforts in the direction of pop have disappointed critics, but it has proven to be good business. Appealing to a broader market, Nicki Minaj is now a viable brand.

One of the most-popular Nicki Minaj sub-brands is Pink Friday. In 2010, Nicki Minaj titled her debut album Pink Friday, which would go on to break records. The title was also used for her Valentine’s Day 2011 promotion. With Pink Friday proving to be popular, Nicki Minaj decided to use it for her second album, Roman Reloaded.