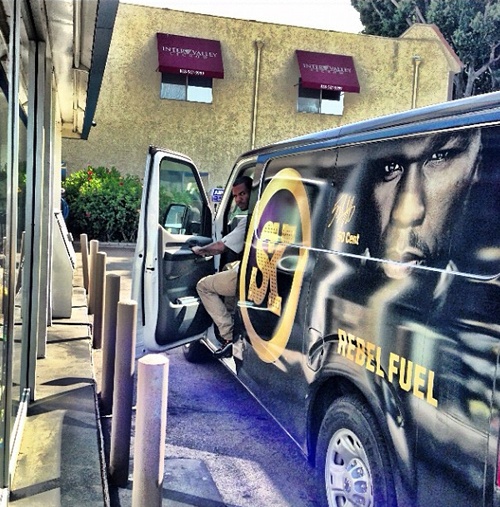 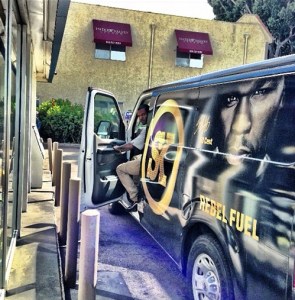 Given the history he would have with 50 Cent, it is ironic Game began his commercial career as a member of G-Unit. However, their falling out was so bad, Game ended up eventually working with Ja Rule, the true enemy of 50 Cent. Even after forming alliances with Ja Rule and Rick Ross, Game still expressed interest in a reunion.

Separately, 50 Cent, Tony Yayo, and Lloyd Banks have all rejected the idea. 50 Cent, however, did admit if they had put their differences aside, they would have made classic music. But, Game has enjoyed much success on his own, arguably a bigger artist than 50 Cent.

After extending an olive branch, Game is back to taking shots at 50 Cent, evidenced in the above photo. SOHH.com released this image earlier today of Game posting this to Twitter, saying the driver ran when he saw him. Game went on to say he was taking this truck to the homeless.