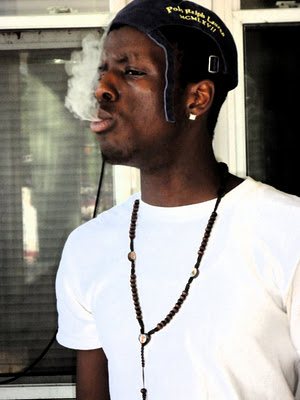 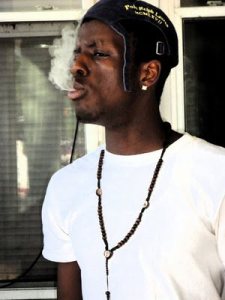 Hip Hop Vibe recently had the opportunity to Young Flizo, who has been working with DJ YRS Jerzy over the past few months. During the interview, Young Flizo discussed his work with Ready Roc and the overall hip hop scene in New Jersey.

How do you feel about the overall revival of East Coast hip hop? I don’t think its a revival, it’s a renovation stance. There is no more up North sound. Right now, everybody has the Southern sound. Because of that, I can’t say the East Coast is back. Right now, the sound is more universal. To hear classic East Coast rap, I have to listen to 1990s.

Would you compare your rising success to those of French Montana and Meek Mill? Well, I don’t compare myself, as in upbringing. I am sure we are all from the hood and saw some stuff. But, music-wise, I lived in Atlanta, Florida, Alabama, and here in Jersey City. I could do the Southern sound, but it would still be Flizo and not an imitation of 2 Chainz or other Southern rapper. It would be me trying something different, while still being me.

Who are some of the veteran rappers who inspired you? The reason I am really into hip hop is because of Nas. The first album I purchased was Illmatic and the first song I heard was “New York State of Mind.” I started out mimicking him and then I began doing my own rhymes. Styles P is also another big inspiration for me, he is one of the main dudes where I am from. My top three is Nas, Styles P, and The Notorious B.I.G.

How did you link up with Ready Roc? I linked up with him on the internet. I reached out to him on Facebook, he was dropping The Bomb mixtape, at the time. I told him to keep doing his thing and to keep doing it for Jersey. I suggested we collaborate, but he was on the road. He told me to send him something and when he had the time, he sent the track back to me. There it was, the rest is history.

Will you be doing more work with him in the future? Oh yeah. That’s my guy, we got to keep the Jersey cycle going.

Who are some of the Jersey City legends, in your book? I support all Jersey City artists, but I’m not fully in the loop. But, I’d say my top two are Ransom and Joe Budden.

Can you name some Jersey City artists you will be working with? My boy, Skee, Scar, J-Sass, Pressure, D. Ribben, Dae Murda, Rube, and that’s about it. Those guys are in my circle, I don’t go outside of them too often.

Where do you see overall New Jersey hip hop by this time next year? Honestly, I see New Jersey hip hop in the same situation. Jersey City needs to break out of leeching on what’s hot and making their own sound. Miami made that Ace Hood style, let them have that. Now, Jersey City needs its own sound, especially being in the shadow of New York City. Right now, we have a chance, because New York is still struggling, a bit. But, if there is no unity and change, I see things staying the same.