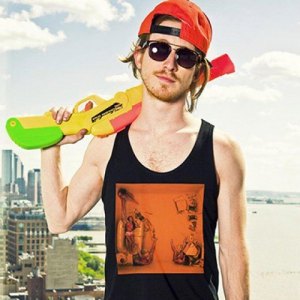 Pittsburgh was first put on the map in 2009, when Asher Roth emerged from the mixtape game into the mainstream, signing with Loud Records. Asher Roth enjoyed a strong debut run with his debut album, Asleep in the Bread Aisle. The album received critical acclaim.

Though the subject matter was different, Asher Roth had an uncanny vocal resemblance to Eminem. Asher Roth prepared to release his sophomore album in 2010, but faced numerous delays. In 2011, Asher Roth again began working on his second release, which was delayed again.

Now signed to a joint venture with Def Jam, Asher Roth’s new album is still on the way. Earlier this week, Asher Roth stopped by Sway Calloway’s “Sway in the Morning” and he offered information on his album. In addition to his freestyle, Asher Roth also explained the delays on his new album.