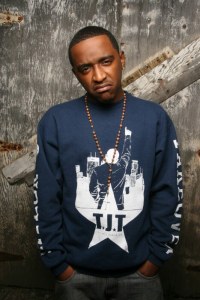 Suddenly, Minnesota has invaded the rap game, with such artists as Rocky Diamonds, Taylor J, and Boss Brick making noise. Between the three of them, they have worked with many major and up-and-coming names, such as Chloe, Chief Keef, and DJ Holiday. Taylor J has relocated from the Twin Cities to Atlanta to persue his music.

Early in 2012, Taylor J released his Mental Dope mixtape, which was hosted by DJ Holiday. The mixtape became a breakout success for Taylor J. In the time since then, Taylor J has been recording new material. After spending several months recording, Taylor J is now preparing to release Control, his next mixtape.

With his Control mixtape on the way, Taylor J recently discussed with Shaheem Reid. During his interview, Taylor J spoke on his new mixtape and his life growing up. The first part of the Control feature has been released and the second part is coming soon.